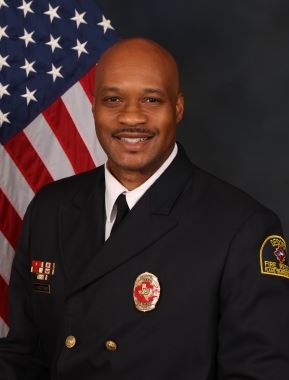 Brandon Freeman began his career with DeSoto Fire Rescue on March 3, 2006, as a first-generation firefighter. He was voted class president of DeSoto Fire Academy Class #39 and was awarded Paramedic of the Year in 2013.

During his early career, Fire Marshal Freeman spent a number of years as an instructor at the DeSoto Fire Training Center teaching EMS and Fire Academy courses. He obtained an Associates of Applied Science Fire Protection and Safety Technology from Weatherford College.

In early 2019, Brandon took over full time duties as the Fire Inspector. In 2020, he attended the Cedar Valley Police Academy where he was elected Class Sergeant. He became a Licensed Peace Officer and Arson Investigator in January 2021. In 2022, Brandon Freeman tested and became DeSoto’s first Civil Service Fire Marshal.

He currently attends UNT DALLAS and is scheduled to graduate in 2023 with a Bachelor of Applied Arts and Science Degree in Emergency Services Administration.  Fire Marshal Freeman has been married to his wife Lacey for 17 years and together they have three children.