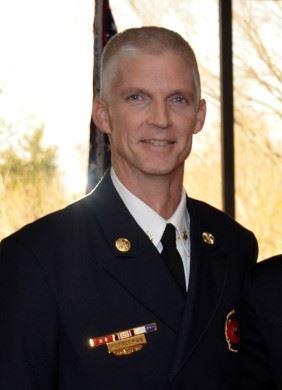 Matthew Freeman joined DeSoto Fire Rescue on August 4, 2003. Throughout his career, he has held the ranks of Firefighter/Paramedic, Engineer, Captain, Battalion Chief, and now EMS Division Chief. Prior to his time in the fire service, he worked in corporate America.

Division Chief Freeman has attended numerous leadership classes and conferences. He also has received several awards from his time with DeSoto. He has a BS degree from Texas A&M University. Over the last four years Chief Freeman, in the role of A-shift Battalion Chief, played a vital role in implementing a new scheduling program for the fire department.

He has been married to his wife Jodi, a school teacher in RISD, for a ‘long time’. They have three children, Matthew, Zachary and Josie.