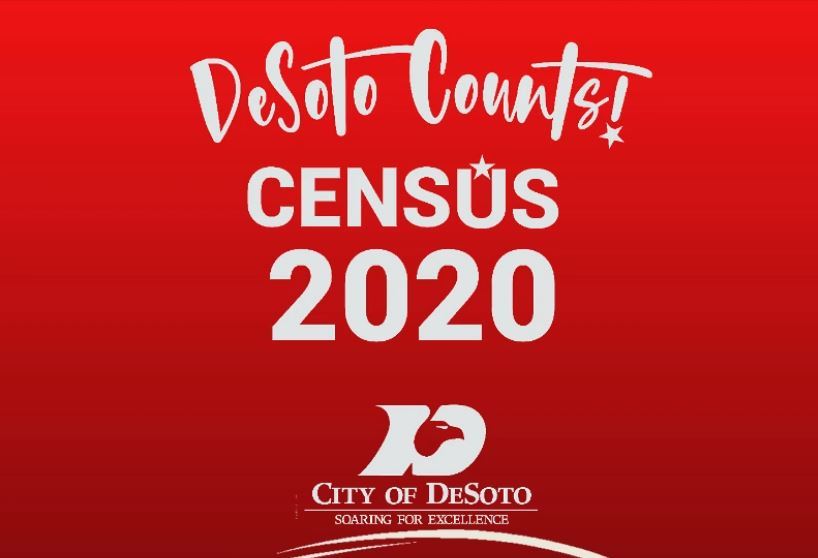 DATA COLLECTION FOR THE CENSUS TO CONTINUE THRU OCT 31ST

Due to a Court Order, the Collection of data for the 2020 United States Census will now continue through October 31, 2020.

The census is an official count of the U.S. population and households. DeSoto’s allotment of money for federal programs and its government representation is dependent on the count of its residents.

There are several ways to complete the one-page form: online, mail or by phone. It is provided in English, Spanish, Chinese, Vietnamese, Korean, Russian, Arabic, Tagalog, Polish, French, Japanese, Portuguese and Haitian Creole.

How does the census impact me and my community?

It’s about DeSoto getting its share of $675 billion per year in federal funds spent on schools, hospitals, roads, public works and other vital programs. Census data determines how these funds are spent, supporting your state, county and community.

Businesses use census data to decide where to build factories, offices and stores, which creates jobs.

Local governments use the census for public safety and emergency preparedness.

Every 10 years, the results of the census are used to reapportion the House of Representatives, determining how many seats Texas receives.

After each census, state officials use the results to redraw the boundaries (redistricting) of their congressional and state legislative districts, adapting to population shifts.

Your data is confidential

Federal law protects your census responses. Your answers can only be used to produce statistics.

April 8-16: A reminder letter and paper questionnaire will be sent.

April 20-27: A final postcard will be sent before an in-person follow-up.